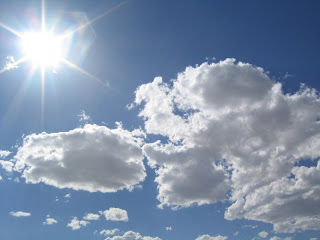 Here's the "speech" I delivered last night, at the Ninth Annual John P. Salamone Memorial Foundation Golf Outing. What an honor to be a part of this event. All thanks to Johnny's dad, Bud Salamone.

Eight years ago, we stood on the putting green at Essex Fells Country Club, under a cloudless blue sky, and prepared to participate in the first John P. Salamone Memorial Foundation golf outing. I remember how Johnny’s dad, Bud, could barely speak as he welcomed everyone to the event. There was not dry eye to be found.

I remember how everyone came to the outing, check books in hand, looking to help out. The tragedy of September 11th was still so fresh in all of our minds, it was almost like therapy, to be a part of the event, to contribute to a foundation named after Johnny.

But more than anything, I remember how when the crowd had thinned out, a handful of us lingered at the bar with Bud. It was Johnny’s old posse. It was Kenny Turnbull and Tommy Paranzine. It was Greg Vassallo and Pete Veritas and Brian Campolatarro. Slowly the tears turned to laughs as we began to tell Johnny Stories. Remember The Time when??? stories.

I think a group of us sensed something during that part of the evening. That, even though this was just the first year we’d gotten together to remember Johnny, that this outing HAD TO BE an annual event. For one thing, it was great to see Bud’s face, as he heard a few tales about his son that I’m sure he’d never heard before. I mean, what father wouldn’t be proud to learn that his son was a shark, a hustler, a con artist?

But the after-hours stories, I think, made it clear to us, to Johnny’s closest friends, that the power of HAVING a friend like Johnny, had to outweigh the sorrow of LOSING a friend like Johnny. And that this golf outing was going to endure, if only for the group of us to take a break from work and family and everything else, and get together once a year to remember and celebrate all that Johnny brought to our lives during his time on earth.

As I drove home, back to the shore, that night, a few things crossed my mind. One was this: As long as we could keep this event going, I was going to be a part of it. Another was this: how the hell did Johnny Salamone become a member at Essex Fells Country Club? Didn’t anyone on the selection committee get wind of the way Johnny terrorized me, probably the only member of Essex Fells Country Club he knew back in the day?

Seriously, as we stand here today, I can’t help but think back to my first rides on a school bus down Green Brook Road, from Essex Fells to West Essex. Understand, half the kids I went to elementary school with ended up in places like Montclair Kimberly Academy, Newark Academy or Delbarton. Why? Because West Essex had drugs…And Italians.

Walking through the doors at West Essex for the first time for an Essex Fells kid is about as intimidating an experience as you can imagine. I mean, a seventh grader from Essex Fells doesn’t typically have a hairy chest, a tattoo and a pack of Marlboros in his back pocket. OK, that’s an exaggeration, but it was kinda scary for those of us from the Fells.

I know, more than anything, I wanted to fit in with the cool kids. Unfortunately – or perhaps fortunately – there was Johnny Salamone, to make sure I was never, ever, ever going to be cool. In fact, the cooler I wanted to be…the less cool Johnny would let me be.

During the feeling-out process at West Essex, where kids from four different towns are suddenly merged into one school, most kids seek acceptance, a group of kids they can hang with, eat lunch with, maybe play on teams with. Very few kids are willing to step up and be leaders. My group…many of whom are here tonight…well, we had Johnny.

You think you’ve picked out the right shirt, the right jacket, the right sneakers, there’d be Johnny to say, “Bradley, what are you wearing? Are those Garanimals?” You think you’ve done a good job with the Clearasil, covering the big pimple on your face, there’d be Johnny to say, “Nice zit, Bradley.” You want to look cool in the junior high cafeteria, when you’re first hoping the girls will notice you. Forget about it.

Nine years ago, I wrote a little tribute about Johnny for espn.com, remembering a teammate. One of the stories I told was about the game – if you want to call it a game – Johnny invented during school lunch.

It was called “Fresh Bait.” The game went like this. During lunch, if you put your hands down on the lunch table, anyone in the group was allowed to pound it with a closed fist while yelling, “fresh bait!” I don’t remember anyone in the group being very good at the game, except Johnny. You’d be finishing up your tater tots, and without thinking about it, you’d put a hand down on the table to suddenly feel Johnny’s fist, bashing it.

You could not help but feel the pain. You’d want to kill Johnny. But when you’d look up at him, all pissed off, Johnny would shrug and say, “You know the rules, Bradley.”

In fact, I never remember Johnny calling me by my first name, though he did refer to my mom and dad as Mary and Jerry. And our coaches were never Mr. Albanesius, Mr. Ortiz or Mr. Silva. They were Hughie, Tony O and Felipe. And Johnny could do spot-on impersonations of each of them. There was Hughie’s angry face. Tony O’s perplexed look, and Felipe’s Spanish accent. We’d lose a game and were supposed to be upset during the busride home, and there’d be Johnny imitating the coach. Making us all laugh.

I don’t want to make it sound like Johnny wasn’t a serious athlete. He was. He was a great competitor, and an even better teammate. But it was almost like he had a sense, even back when we were kids – when we believed the wins and the losses meant so much – that what really mattered was the time we spent together. That when it was all over, it was those moments on the bus, or in the lockerroom, that we’d remember most of all.

oh you are so lucky to have a friend like Johnny, I have a very good friend like that Johnny and he is my best friend and we have helped each other many times