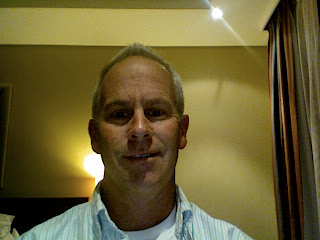 HaHa Jeff, it seems as we get older the hair seems to be the least of our problems. Looks good, he did a good job. And you have something to remember your trip outside the "compound"

At least you had a good hair cut experience with good results.. Been thinking of you thru the past month knowing how much you miss your family.. keep your chin up and know we are all looking forward to your return..
Enjoyed your blogs.. =-)

Jeff, please forward my congrats to Bob on his extension. It's been a long time since I have seen him but I have followed his career from the start. I have a cherished clipping from the defunct Passaic Herald News from 1975. Bob was selected to the All Area team and I was the "Coach of the Year. we both had hair at the time Actually, I have followed the careers all 3 of the Bradley boys
Thanks,
Charles Honeker
Caldwell High School Soccer/Baseball

I think that that one of dreams is going to Africa and go on a safari tour, it would be unbelievable and I hope I can do it some day