An Ode to one of my Heroes

These were the first couple of post-college years. I was living in Boston, in a studio on fashionable Newbury St. no less, while making $17,000 a year, working 90-100 hours per week as the assistant sports information director at Harvard.

Time of my life.

My daily commute, Green Line to Red Line, from Copley Square to Harvard Square, always began with the purchase of the Boston Globe and the Boston Herald from the street vendor who sat on his stack of papers outside the steps down to the T.

When I left Boston for New York in 1989, as much as anything in Boston, including Fenway Park, Beanpot hockey and The Sevens on Charles St., I missed those two papers.

Remember, kids, this was before there was the internet, much less an app for that. There was something about the writing talent those papers had...and still have to this day. Names like Leigh Montville and Charlie Pierce come to mind. They were the columnists of note back then, at the Globe and Herald respectively. But there were also writers like Steve Fainaru, who covered the Red Sox for the Globe. And Mike Globetti, who wrote about college footbal (and hunting and fishing) for the Herald.

These guys could make you think and make you laugh.

And the one guy who always managed to make me think and laugh is still at it to this day, delivering columns on all things related to Boston sports. I'm talking about the one and only Dan Shaughnessy, who finds a way to capture what's going through the hearts and minds of Boston sports fans and articulate it in a manner that makes you feel like you know the guy from, I don't know, the hardware store.

His column on the Patriots securing their spot in the Super Bowl is just another example. He ties history and emotion and one-liners into a neat package like no one else. Having gotten to know Dan professionally over the last 20 years there's another thing I admire about him. When he delivers lines that he knows might pierce the skin of the athletes he's covering, he's always there in the clubhouse or lockerroom the next day, just in case there's an athlete who wants to "address it."

In the world of non-stop snark we live in today. Snark without accountability, I might add. That's a trait that still helps set Shaughnessy apart.
Tweet
Posted by Jeff Bradley at 10:18 AM 3 comments:

Tonight, I turn back the clock.

I'm going with Mike Jedziniak, one of my oldest and dearest friends, to see Southside Johnny and (not the Asbury Jukes but) the Poor Fools, at a church in Pennington.

Now, according to Wikipedia, Southside Johnny Lyon turned 63 years old on December 4th. That means the first time I saw him and the Jukes perform he was 31 years old.

It was November of 1980, my junior year in high school. Bob had graduated Princeton the previous spring, but was living at home and still going back to Princeton to hang with friends on a semi-regular basis. He scored the tickets, which seemed like a big deal to me a the time. It was my first concert of any kind, so I was pretty excited.

Understand, this was around the same time Bruce Springsteen was on his River Tour. And back in 1980, getting a Springsteen ticket was about as easy as getting a Super Bowl ticket. It was not like the post Born in the USA years when Bruce would play 10 shows at Giants Stadium, or do a run of shows at the Brendan Byrne/Continental Airlines Area/IZOD Center. He'd blow into town for two shows and be gone, on the wind.

Southside was the next best thing, though as I learned that night at Dillon Gym, his shows were as furious as they were unpredictable. Johnny would forget lyrics, disappear back stage from time to time and drink brown liquor like it was Snapple.

In my senior year of high school, empowered with a driver's license, my friends and I set out to follow Southside to all the local venues. Drew University. the Meadowlands Race Track, South Mountain Arena, The Pier in New York. So many good times.

It really wasn't until college that I began to appreciate what a great and soulful vocalist Johnny was and is. With a Walkman and headphones I'd sit in my dorm room late at night listening to his covers of Springsteen's "The Fever" and "Hearts of Stone."

When Bruce released these songs later on (Johnny did them first as they were castaways from Springsteen's marathon recording sessions for Darkness on the Edge of Town), for me, it was incredibly unnecessary. Johnny and the Jukes, with the full horn section providing the perfect background texture, did these songs so well, there was nothing, nothing that Bruce could do. Nothing he could do to make these songs better.

I introduced many friends to Southside during my days in North Carolina (Jedziniak being from Toms River, needed no introduction), and we even got "I Don't Wanna Go Home" into a regular late night rotation at Purdy's, a Chapel Hill club that would be best-described as a disco. I had a roommate named "Skee" who played the trumpet. During songs like "Talk to Me" and "I'm So Anxious," we'd talk Skee into playing along. Later on, Skee didn't even need coercing. He'd stand, trumpet at the ready, doing the back-and-forth dance steps like a real Juke, then join in on cue.

It's got to be five or six years since I last saw Johnny. It was at Bar A in Belmar. A hot afternoon and Johnny was playing the outdoor bar. He didn't have a whole lot of voice. Years and years of singing from deep in his soul (and presumably some hard living) seemed to have taken its toll. At the time, I figured that would be it.

Last year, when Springsteen released The Promise, it was simply amazing how many of the songs sounded like they were written for Southside. Listen to "One Way Street" and "Spanish Eyes" and tell me you can't imagine Johnny laying down those vocals. One day, after listening to the album in my car, I actually sent an email to Johnny. He lists an email address on SouthsideJohnny.com and someone told me he answered letters. 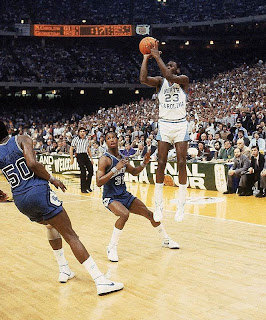 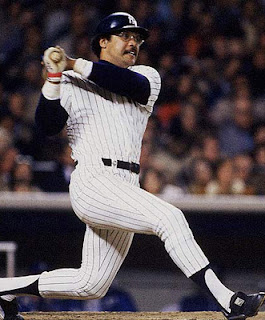 More money, for sure. But more memories? I don't think so.
Tweet
Posted by Jeff Bradley at 4:00 PM 2 comments: