1. The Clash. Jedz thinks Atom Ant could take Mighty Mouse. He makes some good points and I'd never want to diminish the crime-fighting skills and never-say-die attitude of Mr. Up and Atom, but I'm standing by Mighty Mouse. I did not appreciate the way Jedz put down Mighty Mouse's singing skills. No mere crooner was the Mighty One, he was an opera singer. Atom Ant is still a first ballot Hall of Famer on my card, but when you're talking The Greatest, it's still Mighty Mouse.

2. Kid Lingo. My sons use the phrases "addicted to" and "obsessed with" an awful lot. Annoying. I am amused, however, that the terms "sweet" and "sick" have hung in there as hip lingo for three decades now. I can still here my buddy Gio saying, "Sick, Brads" as some kind of food or drink spewed from his mouth. Sweet.

3. "I Never Thought I'd See the Day in my Lifetime." As Americans have repeated this phrase over and over again when referring to our historic election this past November, I must say, if you asked me back in the late 70s-early-80s, "I Never Thought I'd See the Day" where people line up (in these economic times, no less!) 40-deep to buy really strong coffee (and "coffee drinks") for $2.50-$5 a pop. And who thought back in the day that they'd pay $5 for a bottle of water at a ballgame? I can still hear my dad saying, when I asked for a soda, "the water's free." 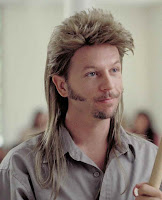 4. It's Not that I'm so Hip, But. I really do not understand how people who call themselves "rock fans" refuse to listen to any music that's been released since, oh, 1984. If your rock-fan-forefathers had the same attitude as you, we'd have never moved past the Dave Clark Five. Listen to some new music, it'll make you feel good about yourself. No need to be all Joe Dirt ("I'm a rocker through and through. Here's a list of my favorite bands: AC/DC, Van Halen not Van Hagar, Skynyrd, Def Leppard...") Branch out a little.