The Year the Christmas Tree Fell on My Son 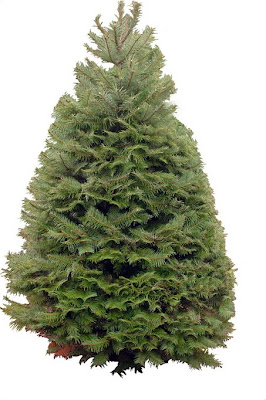 Because, I think it was 10 years ago this weekend, the Christmas tree fell over and nearly killed my infant son Tyler. All right, that's an exaggeration. It didn't even hit him, but for the better part of a day, I was led to believe that the poor job I'd done securing the tree in its stand nearly resulted in the death of my first-born child.

I was in Pinehurst, N.C., on one of those always-popular-with-the-wife golf trips with my college buddies. It was Friday night and the first 36 holes of the three-day trip were in the books. As is customary on one of these golf junkets, we'd enjoyed ourselves during the day, particularly during the second round when play...I'll put it this way...got a little loose. That was normal.

We'd returned from the course to our house across the street from the Pinecrest Inn. We crossed the street to the restaurant when our group was greeted by a receptionist who asked, "Is Jeff Bradley in this group?" I recall one of my buddies pointing a finger at me and saying, "That's him right there." The woman then looked at me and said, "Your wife called and needs to talk to you right away." Gulp. What had gone wrong? Was one of the kids sick? Was there a car accident?

This would be known in my culture as the worst sin known to a married man.

"I was decorating the tree and it fell over on Tyler," Linda said. The rest of what she said is probably not repeatable and, to be honest, I'm not sure what she said, but I do remember the tone. When the conversation ended, I trudged into the dining room and basically told my friends the trip was over. I'd pack my bags and head eight hours home to Jersey. Even though I was responsible for getting several other buddies home, I had no choice.

And this is when one of those amazing Christmas-y things happened. A bunch of beered up former frat boys suddenly turned into a team of Dr. Phils. "Here's what you got to do," my friend Harper said. "You write her a letter. You tell her how great she is and how bad you screwed up and how your whole life would cave in were it not for her wonderful-ness."

"Yeah," my friend Donnie said. "There's something about a letter, it's worked for me before. Even though it'll get there a day or two after you're home, it'll fix everything. You'll only have, oh, 48 hours do deal with a really bad situation. Then it'll blow over."

I did not partake of the guy activities for the next several hours as I beat myself up for the lackluster job I'd done securing the tree. For all I know, I'd put the tree in the stand while watching Tips from the Pros on Golf Channel or while cleaning my irons and shining my shoes. Later that night, I placed the call. "I'm so sorry," I said "If you want, I'll come home..."

And then, I remember hearing my wife laugh a little. "Come home? Yeah, right," she said. "Look, the tree didn't really fall on Tyler, it fell sort of near him, but I wanted you to know how ticked off I was. Mike (our Mr. Fix-It Next Door Neighbor) came over and fixed it. It's all good."

With that blessing, I joined in a high-stakes card game and lost the money that would've been spent on earrings.

That last part was a joke. Happy Holidays.
Tweet